There has been a lot of talk about women only races with the recent decision of the International Association of Athletics Federations (IAAF) to only recognize women’s world record performances if they are completed in single-sex events. This decision would have reversed Paula Radcliffe’s world record in the marathon, though the IAAF later decided that they would let Radcliffe’s record stand.

There has definitely been an increase in women’s only running events over the past few decades. As more and more women take up running, I have no doubt the increase will continue. Some women runners are attracted to women only events because they feel that there is a certain camaraderie that comes with racing sans men. They feel less self-conscious about their pacing and feel supported and cheered on by all of the other female runners, regardless of their position in the line-up. I have seen this first hand when participating in women only races. When one woman passes another, she gives some positive encouragement while running by. It’s almost as if you are working as at team. 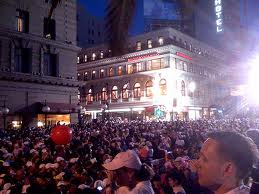 I think the increase in these events is also due to the fact that the demographics of race entrants has shifted over time. According to Running USA statistics, women now account for 6.9 million finishers in road racing events. In fact, women represent 53% of entrants into these events! That’s pretty amazing, considering that women were not even able to participate in the Olympic marathon until 1984.

If you are interested in participating in a women’s only race, some of the very popular ones include: Nike Women’s Marathon in San Francisco, the Diva Half Marathon series, the Zooma race series, the Freihofers Run for Women 5k, the Susan G. Komen Race for the Cure, and the NYRR Modern Mini 10K.

How do you feel about women only races? Have you ever run one?