Home / FAMILY TRAVEL / We’re in San Diego With the Kids!

We are changing coasts here on 30 Something Mother Runner this week! Instead of New England, I will be posting from the west coast, since we are in sunny San Diego with the kids! I promise that I will try to bring home some of the sun and warmth! 😉

I lived in San Diego in my early 20s, and I’ve returned to visit many times. While my youngest has been here twice (since he was an infant during those trips), the two older boys had yet to visit. This week we took them all to San Diego to visit my sister, brother-in-law and their new cousin!

We flew out of Boston on Thursday evening, opting for a 6:15 departure out of Logan. When flying with kids, I try for a non-stop if possible. I (and my kids!) would like to arrive in the shortest amount of time possible and with the least chance of our luggage/stroller/car seat getting lost along the way!

We arrived around 9:30 local time (12:30 a.m. on our bodies) and had to head over to grab our rental minivan before headed to the Bay Club Marina Hotel. We checked in and tried to fall asleep as quickly as possible, knowing that the kids probably wouldn’t sleep in!

San Diego is such a family friendly city, and I am so excited to share all of the fun with them! It will be my first time seeing SD through the eyes of a child. So what’s on our list? We have some of the days loosely planned but there is a certain amount of just winging it— as you have to do much of the time with 3 young kids! 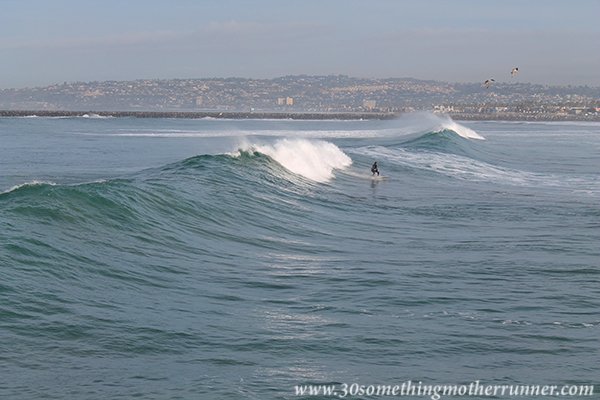 One of my favorite things about the city is that you don’t have to fork over a lot of money to have a great time. There are so many things to do outside that don’t require you to spend a time. Over the next few posts, I am going to share with you all of our activities and how you can maximize your time AND money and have the best family vacation ever!