Congratulations to Deely617, you won the Road ID! Check your email for your e-certificate!

You know you are a “runnerd” when you are arranging your Saturday schedule around the broadcast of the U.S. Olympic Marathon Trials!. Unfortunately, the Trials will not be aired live, rather NBC will broadcast it from 3:00-5:00 p.m. I am going to try and curb my addiction stay away from social media until then, so I don’t get any spoilers! 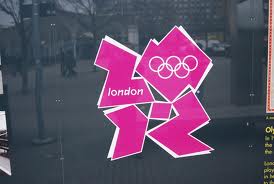 For those of you who would like a more in-depth preview of the men’s and women’s fields, fellow blogger Michele has a great recap HERE. Perennial favorites for the women’s field are Desiree Davila, Shalane Flanagan, Kara Goucher, and Deena Kastor (bronze medalist in the 2008  Olympic marathon). That being said, there is always the potential for an upset.

For those of you who would like to root for fellow mother runners, here are a few to check out:

On the men’s side, the favorites are Ryan Hall, Meb Keflezighi, and Dathan Ritzenhein.  Although these three are heavily favored, I have no predictions as to who will come in first. Ryan Hall has run the fastest qualifying time in the men’s field, Keflezighi looked REALLY good at the 2011 NYC Marathon. My guess is it will either be Meb or Ryan.

What are you predictions for the men’s and women’s winners? Will you tune in to watch the Trials on television?