For those of you that have read Born to Run, you are familiar with Micah True (Caballo Blanco). Portrayed as a a rogue ex-pat who lived in the Copper Canyons of Mexico, he is best known as Caballo Blanco—a man who befriended the Tarahumara (a group of indigenous Mexicans who are know for their extreme distance running abilities). 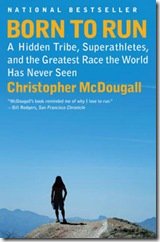 Over the weekend, searchers recovered the body of True, who disappeared on March 27, after heading out for a 12 mile run in the Gila National Park. He was a very knowledgeable about the trails in this region, and it is unknown at the moment how he died. There were no obvious signs of trauma.

Micah lived in Boulder, Colorado and was well-known as an ultra runner in the local running community and throughout the United States. He also served as the director of the Copper Canyon Ultra Marathon—a 50 mile race run through the desert areas of the Copper Canyons in Mexico.

True was a great friend to the Tarahumaras, and organized the Copper Canyon Ultra in an effort to help raise awareness of their super human ability to race extreme distances.

If you haven’t yet read Born to Run, and you would like the back story of Caballo Blanco; Christopher McDougall (author of Born to Run) wrote a great piece on True in Men’s Fitness back in 2006.

Micah True will be remembered for his storied ultra running career and as a fellow brother to the Tarahumara.

0 shares
Previous Post: « A Surprise Visit From UPS!
Next Post: Cautiously Optimistic and Super Pumped at the Same Time! »