Home / PARENTING / The Good and the Bad…

Okay, I’ll get the bad news out of the way first. I failed the 1 hour glucose screening–I had a suspicion that might happen, since I have never had to take it late in the day (after eating two meals). I think now matter how much you try to avoid sugar, it’s everywhere. So now I have to go next week for the 3 hour glucose tolerance test. I will bring my work and my iPad, and hopefully it will go by fast. :-/

They also tested my iron, and I had a feeling that would be low. As I suspected, it was (I had been feeling dizzy). Turns out I am now anemic and need to take 2 iron supplements daily—bring on the Colace! 😉 Please cross your fingers for me that I pass the 3 hour screening next week! 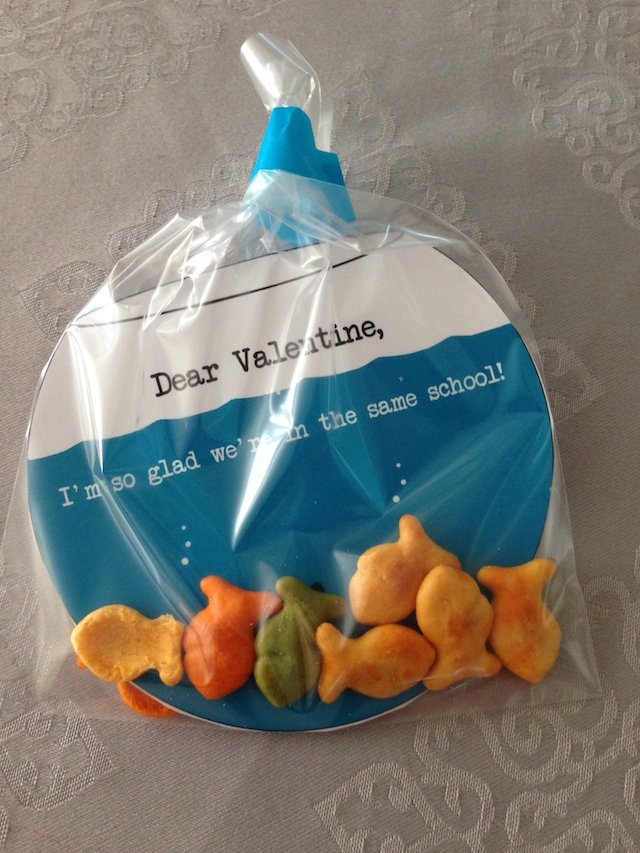 Now for the good. I found these super cute valentines on Pinterest (yes, I actually made something that I pinned- WIN!). My five-year old decided that he wanted Planes valentines, but I convinced my three-year old that these adorable fish bowl ones would be AWESOME. They did not disappoint (see pic). I had mine printed on card stock at Staples, and I found some great colored scotch tape at Michael’s (along with the small plastic bags).

We filled our bags with goldfish, but you could also use swedish fish. To check out the template I used, click HERE. Thanks Bliss Bloom blog for some very fun and easy to make valentines–I’m sure they will be a hit with the preschoolers! They read: “I’m so glad you’re in my school.”