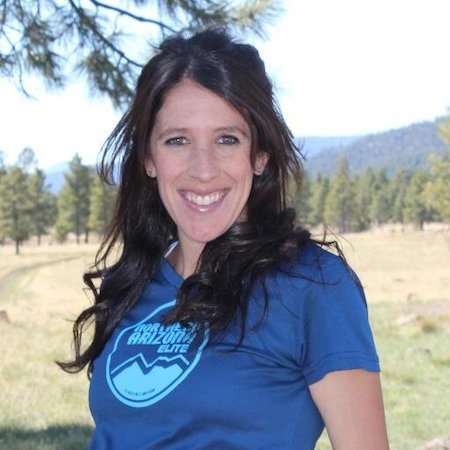 On Falmouth Road Race Weekend, I had the opportunity to interview a mother runner extraordinaire – Steph Rothstein Bruce. Steph boasts a running résumé that many of us could only dream of– a half marathon PR of 70:53 and a marathon PR of 2:29:3! She recently took a short break from running to give birth to her son, Riley. I caught up with Steph, her husband (professional runner Ben Bruce), and their adorable son Riley at the New Balance Falmouth Road Race. Here is part 1 of my interview with Steph:

Did you run through pregnancy? I did, I ran up until 33 weeks. The first 10 weeks were pretty bad. I had pretty bad morning sickness, or I call it all day sickness!…I actually didn’t even want to run. I didn’t want to leave my couch for the first 10 weeks! By 20 weeks, I started to feel good. I felt really good on runs– I heard it’s because you have extra blood flow. I probably ran between 30 and 45 miles a week–pretty much a third of what I normally run..any where from 4 to 8 mile runs, I was able to do a few little workouts. I did everything heart rate based. Around 30 to 32, I started to feel a little ache in my pelvis. I thought it would be hard to know when should I stop, but my body was like “you’re done!” So it went surprisingly well. I did two little races, low key races–a mile and a 5k.

Have you run since your delivery? Yeah, I started two months out, and I started running about 20 days ago. I had a really rough delivery, so it took me a while to recover. He was a big baby– 9 lbs! You can’t even explain it to others, unless you’ve gone there. He was face up, so I was having back labor the whole time too, I just had everything going against me…

So, don’t you feel like you could conquer the world? It’s pretty cool! We always talk about that, like returning to competition. He’s like (her husband pro runner Ben Bruce) “I’m fearing for your competitors!” It’s like the pain you went through there is nothing like race pain.

Are you plotting your return?  It’s slow, because right now, like I said, I just run 4 miles, so I’m going really slow. Everything’s different, so I’m very wary of that. My competitive mind has to slow down because my body needs to catch up. The big goal is the 2016 Olympic Marathon Trials, and that’s February of 2016. We’ll have a lot along the way, but we’re just not putting anything in stone yet. We just want to see how my body gets back into training and probably start with some low-key races, so I can stay under the radar and then figure out the big ones after that.

Do you feel like there’s going to be a lot of pressure? Yeah, because it’s only a year ago that like I was here (Falmouth Road Race 2013). I didn’t run last year because I actually got hurt when we were in Falmouth, but just a few weeks before that I was running the best I had ever run, so it is weird to be like that was only a year ago…I’m confident that as soon as everything cooperates here, I can get back and even better than I was before.

So, was it hard for your body, changing. Women deal with it differently, especially when you’re a competitive runner. Was it hard to watch your body change? It was kind of cool, because honestly like as a runner your figure is very boyish and always low body fat, so it was kind of cool. I am like okay, I have a little bit of curves now and now that I’m breastfeeding, you have boobs. I actually embrace it. I think it’s pretty cool. I’m very comfortable with my body anyway.

0 shares
Previous Post: « My August Stitch Fix!
Next Post: Strides- How They Can Help Make You Speedier! »