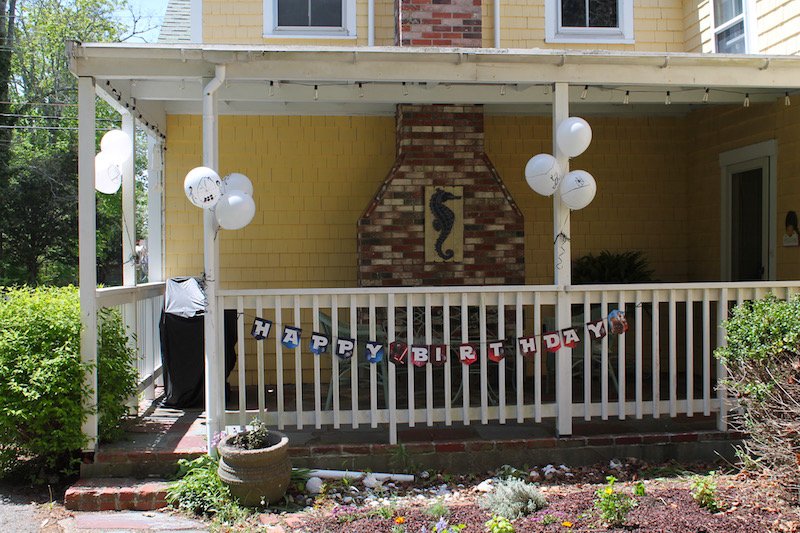 We celebrated my oldest son’s Star Wars themed birthday this past weekend. All three boys are born within 6 weeks of each other, so it’s crazy town during that time with party planning! Each year, I start off with a Pinterest board full of ideas, but when the time rolls around, that all falls apart as the rush to pull off three birthday parties starts!

I try to keep things simple, after all, the kids just want to have fun and probably won’t remember much besides eating cake and playing with their friends! So while we didn’t have Pinterest worthy decorations, we had cake, lots of fun, favors and balloons!

A while back, Balloon Time offered me a gift card to check out their standard helium tank. I was intrigued, since I love balloons but HATE having to blow them all up (who has time for that! :-))! I also don’t have access to a large helium tank to inflate them all. Enter the Balloon Time helium tank.

I purchased mine at Michaels, and I have to admit it was SO NICE to be able to blow up 30 balloons in no time! The tank is super easy to use, and J had a blast decorating his balloons. We chose to do white balloons with black ribbon.

I got two large black sharpies and let J decorate the balloons with storm troopers and other Star Wars characters. It was such a fun way to let him exercise his creativity and contribute to his party decorations! 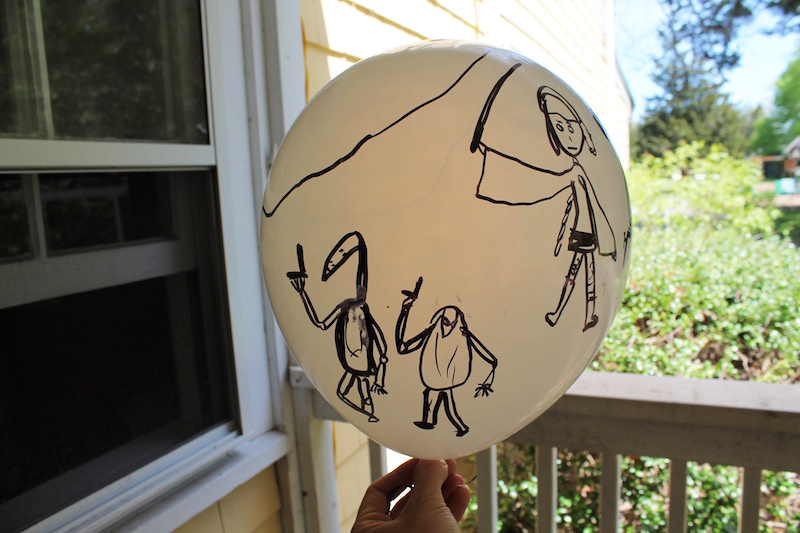 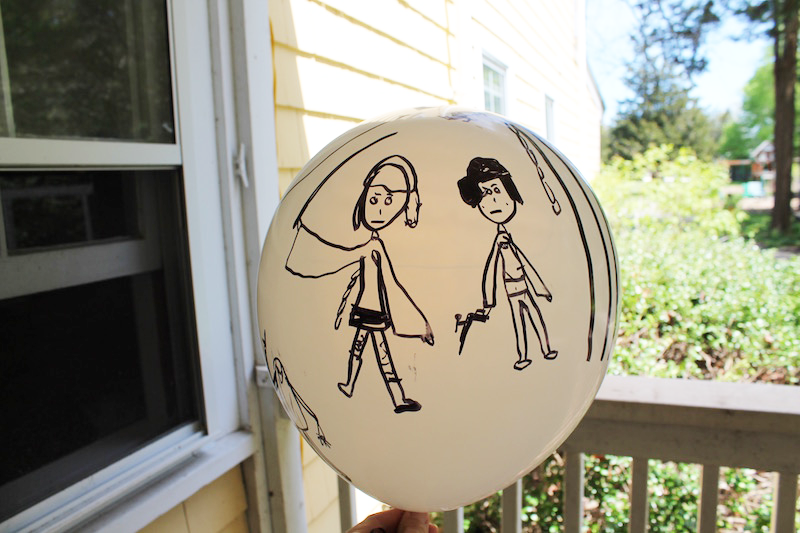 This year, J’s party was from 3 to 5 pm, so I didn’t have to do a meal, which was a relief! Instead, we decided to do snacks and drinks with a smattering of pretzels, Late July tortilla chips, water and the customary juice boxes. My mom added a nice fruit tray with yogurt dip, which was a big hit with the kids too!

I am not the greatest cake decorator, so Stop and Shop was the purveyor of our The Force Awakens cake, and they did a great job! I’m glad I ordered a 1/2 sheet, since 13 8- year-olds and  few smaller kids almost finished it!

In keeping with our Star Wars theme, we chose to hand out bubble wands (the kids love to use them as light sabers!). They were great for providing entertainment during the party and were a nice consumable gift to send home. I don’t know about you, but I can’t stand non-consumable party favors that just create more clutter around the house! I have enough of a challenge cleaning my house as is! 🙂

The birthday boy had a fantastic time– MISSION ACCOMPLISHED!

Have you ever used Balloon Time to fill your party balloons?

30 Something Mother Runner received a gift card to purchase a Balloon Time helium tank. All writing, opinions and photography are 100% my own.

0 shares
Previous Post: « Getting Excited for Our Upcoming Trip to Nashville!
Next Post: Planting a Kitchen Herb Garden »

This error message is only visible to WordPress admins