We are back from our whirlwind long weekend in Nashville! We had so much fun exploring the Music City, enjoying delicious Southern BBQ, live country music and our fair share of Jack Daniels! Even though we were only there from Friday to Monday, we still managed to squeeze in a lot of fun and attractions. I look forward to heading back to Nashville again to catch what we missed!

As I mentioned last week, the Johnny Cash Museum was on our list of attractions to see in Nashville, and it most certainly did not disappoint! I was really impressed with the museum and its wealth of memorabilia and interactive exhibits. 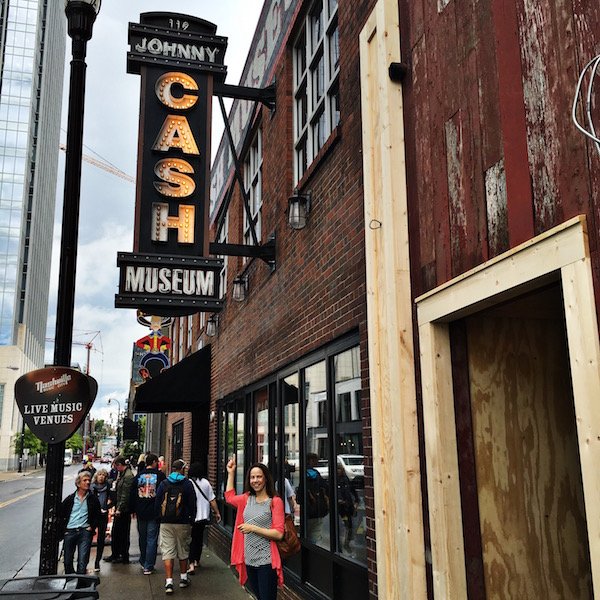 While I like Johnny Cash music, I really didn’t know a lot about his life story and the motivation behind his storied career as a songwriterr and singer (I never watched Walk the Line, but it’s on my movie list now!). The museum is not too big, just the right size for meandering through the exhibits of Cash’s performance costumes, mementos from his career in the military (he was a morse code operator!), sheet music, video interviews and so much more. 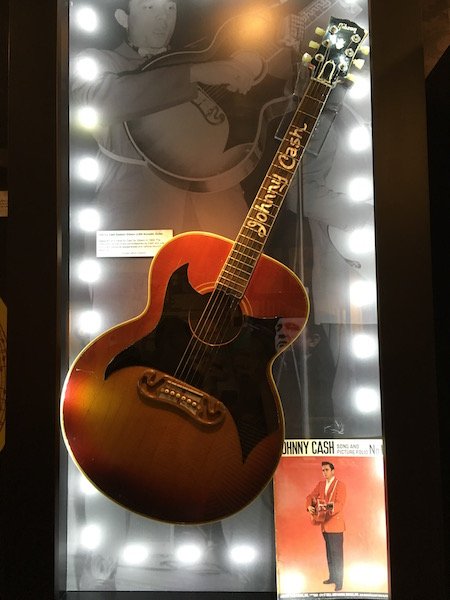 Two of our favorite parts of the museum were the interactive booths to listen to his music through the different decades and a station where you could remix some of Cash’s famous songs. I also enjoyed learning the meaning behind his famous song “The Man in Black.” If you find yourself in Nashville, I definitely recommend checking out the Johnny Cash Museum– you won’t be disappointed (they have a great gift shop too!)!

On Saturday morning we headed out to the dry town of Lynchburg, Tennessee to visit the Jack Daniels distillery. The ride was about an hour and a half long, featuring great views of the Tennessee hills and rural farmlands. 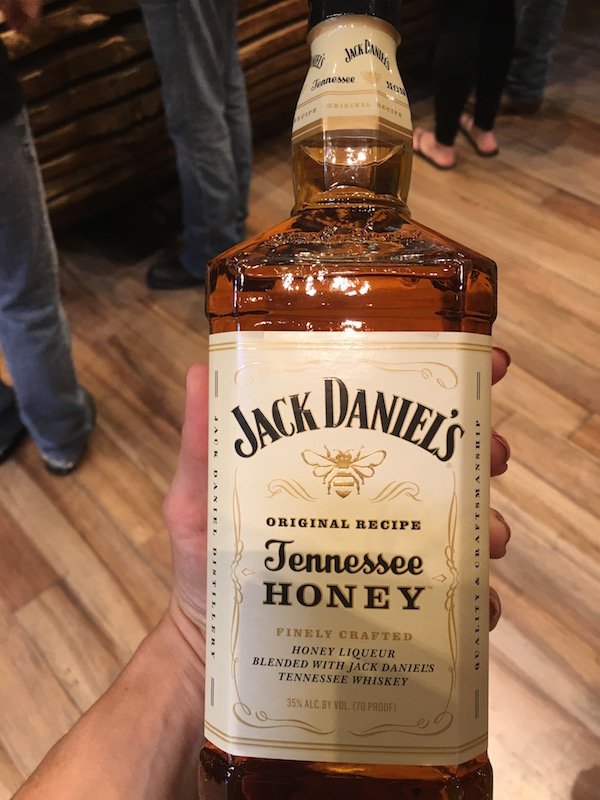 After arriving at the distillery, we headed out on a 45-minute tour of the grounds and it’s safe to say that I now have a much greater appreciation for Jack Daniels whiskey! They make their own charcoal (from sugar maple) for the filtration process on site and even manufacture their own barrels at the Brown-Forman cooperage (in Louisville, KY) to ensure the highest quality and taste for their whiskey.

When the tour ended, we headed up the road into the town of Lynchburg for lunch at Mary Bobo’s Boarding House. Mary Bobo’s was an old boarding house that is now operated as a restaurant/gift shop. You arrive for lunch at your assigned seating, and then you are escorted to a private room where you enjoy a traditional Southern lunch (with Mary Bobo’s recipes!) and a hostess.

We dined on brisket, macaroni and cheese, apples in a sauce spiked with Jack Daniels, biscuits and so much more. It was so entertaining to enjoy lunch with our hostess who gave us more tidbits about the history of Lynchburg, the home and life in the Nashville area!

If you are a country music fan (and even if you’re not!), the Grand Ole Opry is definitely a sight to see. The home of the storied radio show for the last 40 years– the Grand Ole Opry has played host to a who’s who list of country stars, including current members Blake Shelton and Carrie Underwood (she performed the night before!).

The Opry has 4,000 seats, so it’s an intimate setting where every seat (they are actually church pews like the original site of the Opry, Ryman Auditorium) is a good one. Performances take place on Tuesdays, Fridays, and Saturdays with a playbill of invited artists. Each artist or band performs about three songs. The show is still broadcast over radio, so in between acts you will hear the announcer read radio ads!

I am admittedly not the biggest country music fan, but I can say that I have a new appreciation for the genre after our visit to Nashville and the Country Music Hall of Fame! The wealth of country music memorabilia here is unbelievable. 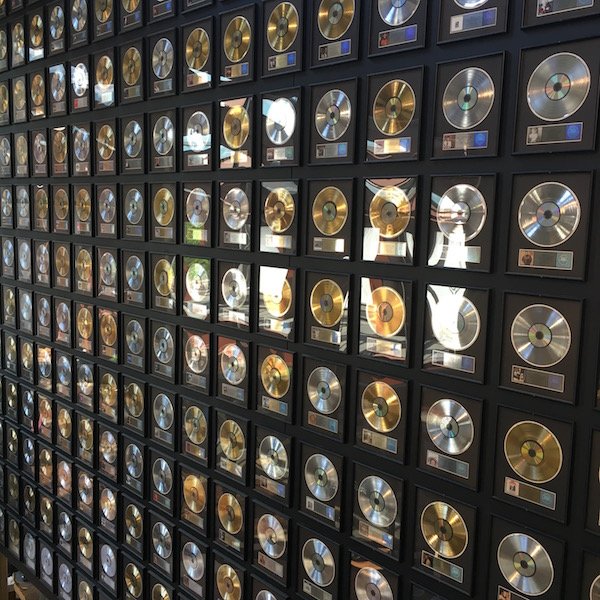 We loved checking out the collections of guitars, Elvis’ gold piano, and gold Cadillac and all of the costumes worn by various performers! The rotunda with the Hall of Fame members was very cool. From an architectural standpoint, the building is amazing– the windows are patterned like piano keys and there is a large fin symbolizing a 50’s Cadillac!

If you love souvenirs and country music memorabilia, you are in luck as there is a VERY large gift shop in the museum!

There was a lot of eating Southern Food and enjoying live music during our long weekend trip. Our first outing after arriving in Nashville was a late lunch and cocktails at Tootsie’s Orchid Lounge (named in part for its orchid color!), a landmark venue for drinks and live music.

Friday evening we visited the Wildhorse Saloon, another very popular live music venue in downtown Nashville, off Broadway. They offer free line dancing lessons on their large dance floor and great music! On Saturday we ate at Miss Mary Bobo’s (see above) and then enjoyed a delicious dinner of steak and other Southern fare at The Southern Steak & Oyster.

Sunday featured lunch at the Merchants Restaurant and some more live entertainment and mechanical bull riding at the Tequila Cowboy on Broadway.

We had such a great time in Nashville, and I definitely could have stayed longer to check out all of the attractions in the area. It’s a 2 1/2 hour direct flight from Boston to Nashville on JetBlue, so it also makes a great long weekend getaway!