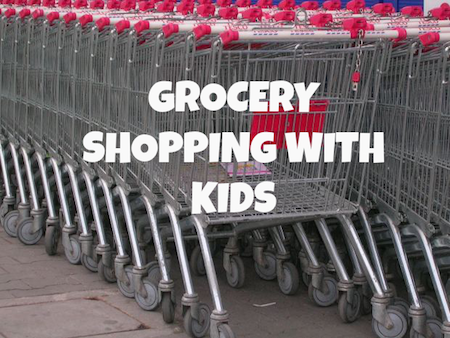 Yesterday I was reminded that raising small children is not unlike living in an undeveloped country. Anarchy is rampant, and if there is a structured government, it must be a dictatorship. There are daily attempts at a coup d’etat, some of which are successful. Bribery is a completely acceptable and effective means of getting things done…

Enter grocery shopping with the kids, and it raises the game to a whole new level. 🙂 Yesterday I bravely decided to take all three boys to Stop and Shop-in the summer-on Cape Cod. Anyone who lives on the Cape knows that a trip to Stop and Shop in the thick of summer is no easy feat. I was relatively well prepared for our excursion. William had just woken up from a nap and the kids were stuffed with snacks. I put William into the Ergo, closed up the swagger wagon, and headed into the store.

I did notice a few looks of sympathy from fellow moms and some smiles from elderly women. I kept my game face on and headed into the store. First stop: Scan It machine. Although there are usually epic battles over who gets to use the scanner, it definitely keeps the boys occupied during the trip. We made it in and out relatively unscathed after the promise of a “treat” at the end of the trip. I was broken in the snack aisle, when I quickly blurted out that each child could have a Teddy Grahams snack cup to take along for the duration of the shopping trip= total win! We have had some spillage incidents with these snacks in the past, but today we were on top of our game. In the words of Coolio, “Today was a good day.”

What are your survival skills for grocery shopping with kids?