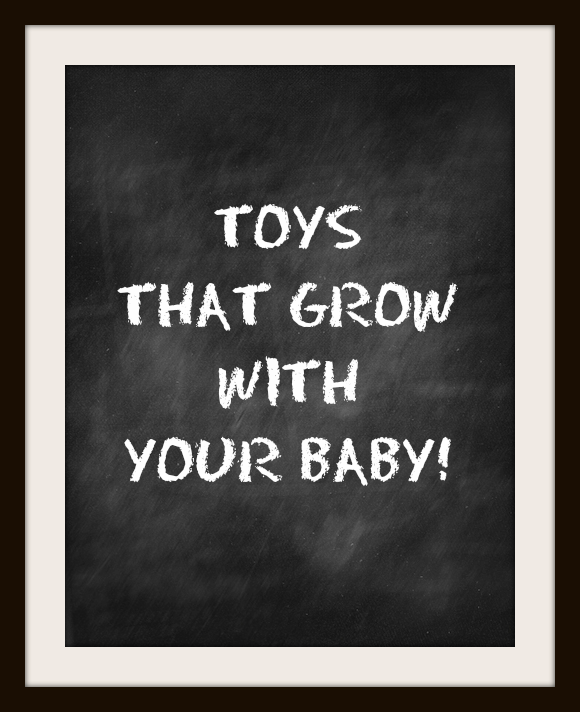 Lately it just feels like we are drowning in too much “stuff” for the kids. I am trying to limit the number of new toys coming into the house, until others go out–which is quite a process with my 6 year-old who refuses to let go of anything. I was so excited to learn at Sweet Suite last month that Fisher Price has come out with a line of toys called Smart Stages that grow with your infant! One toy that could potentially replace several–GENIUS! 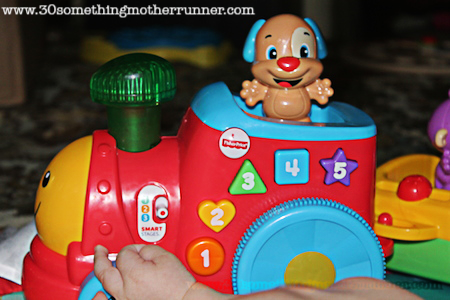 We recently received the Fisher Price Laugh and Learn® Smart Stages™ Train to check out with William. Although it’s recommended age starts at 6 months, for obvious reasons—I mean how much does a three-month old really do?! Surprise–William was actually really into it. Even my Mom remarked that he seemed really interested in the train. I put it down next to his play mat and he will stay focused on it for quite  a while. 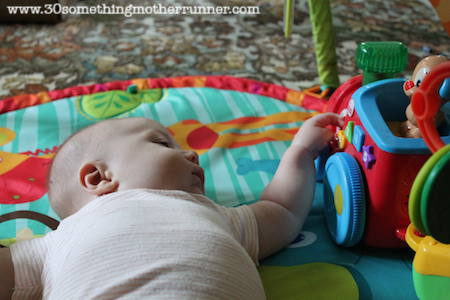 What makes the Smart Stages toys different? As I mentioned above, they grow with your infant. For example our train has a switch with three different settings, corresponding to different age ranges. Stage 1 is from 6 months plus, Stage 2 – 12 months plus, and Stage 3 – 18 months plus. The train plays 50 different songs and provides learning content that is appropriate for each age, i.e. colors, shapes, numbers, etc. 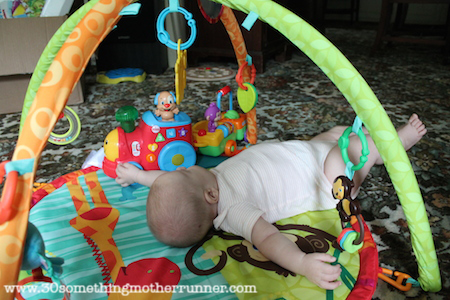 There are number of different interactive components of the train including the ability to push the chimney and make the train move; slider ladybug, ABC spinner, and number roller. The set includes puppy, monkey, and froggy rattle figures and requires two C batteries (included). William absolutely loves train, and so do his 4 and 6-year old brothers! 🙂

30 Something Mother Runner received a Fisher Price Laugh and Learn® Puppy’s Smart Stages™ Train for the purpose of this review. All opinions and writing are 100% my own.