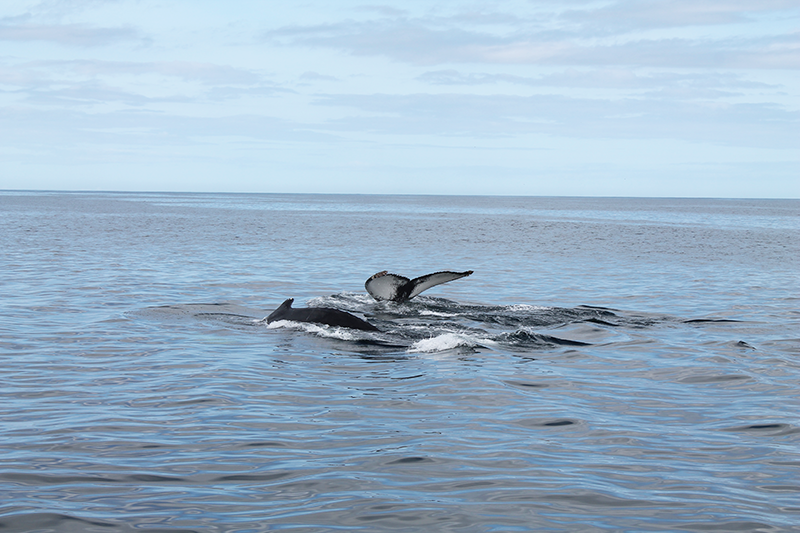 A few weeks ago, I headed out to do something I have always wanted to do– see great whites in the water (from a boat of course!). I purchased a ticket for the Expedition White Sharks and Whales, was organized by the Atlantic White Shark Conservancy and the Whale and Dolphin Conservation, and it most certainly did not disappoint. It was an AMAZING trip with 6 great white sightings, 30 whale sightings and 2 mola mola (sunfish), in addition to a large number of sea-faring birds.

We left from Plymouth on a boat generously provided by Captain John’s Whale Watching and Fishing Tours. After heading out and around Provincetown, we got our first glimpse of some finback whales (60-80 feet long!). We also enjoyed some beautiful views of the Cape Cod shoreline, especially scenic at this time of year. 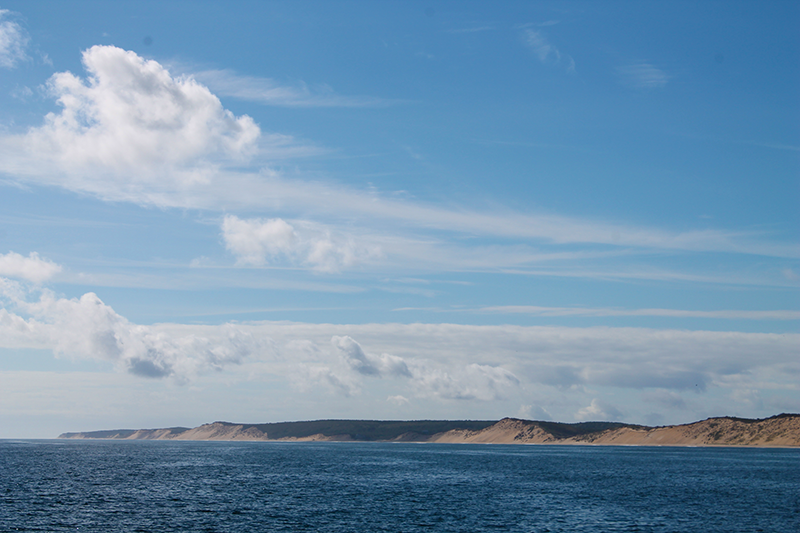 After following around the tip of the Cape to the open Atlantic, we got our first notifications from the spotter pilot (Wayne Davis) that there were white sharks spotted around Coast Guard Beach and Nauset. The storm system last week had churned up the water and it was partly cloudy, so it made visibility a little difficult at times,  but we still saw 6 different great whites. A few swam right next to the boat, and they were absolutely stunning creatures!

I wish I had better pictures to share, but since they swim under the surface, it’s hard to get a good shot. I did get a TON of whale photos though. 🙂 After cruising around looking for great whites, we headed out to do some whale watching for the remainder of the afternoon. 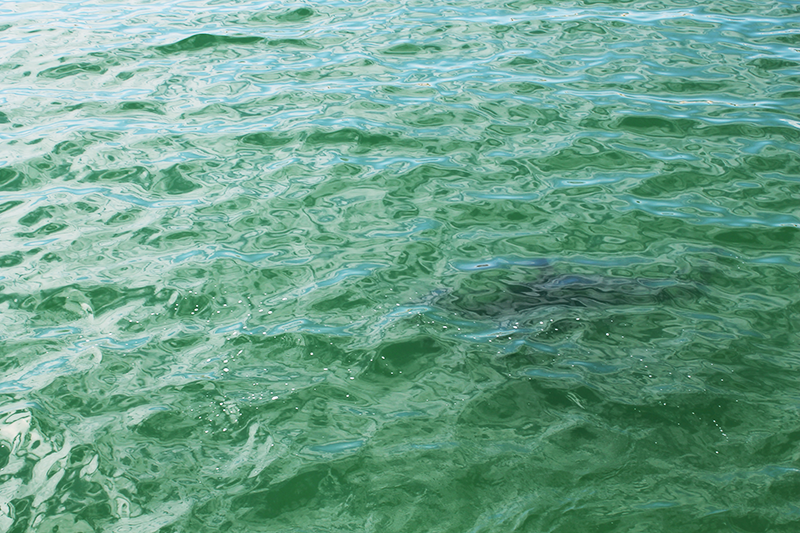 I seriously cannot believe how many whales we saw! In fact, our guide told us not to expect the same the next time we went. At one point, we were literally surrounded by humpback whales! We even got to see a calf (or yearling, we couldn’t tell). On our way back, we spotted some more finback whales and a minke whale.

If you haven’t gone a whale watch (or not lately!), I would definitely recommend checking one out if you find yourself near the Cape next fall. I plan on taking my oldest with me next year!

0 shares
Previous Post: « Steel Cut Oats ~ Prep Them Ahead for the Week
Next Post: Falmouth Parents ~ Stroller Workout with Valle Fitness This Wednesday! »