And we have entered the phase of the torturous “why.” My oldest son will be four in May, and I am going to preface this by saying I love him to pieces. The constant and relentless “whys,” I do not love them at all.

It started about a month ago, just as I thought we may have gotten lucky and escaped it. And then it began. It started out with a few more casuals “whys” than usual, and then it progressed rapidly from there. 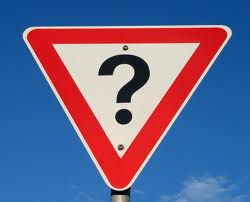 I love that he is so curious about everything and wants to know the reasons why things happen. It just gets exhausting answering “because” or “I don’t know,” often because I am just too tired to give a lengthy explanation!

I know that I shouldn’t feel guilty that I get frustrated, and that this is just a phase and will be gone before I know it, but I do. I am guessing he gets annoyed at getting the same canned response time after time. It was great when my sister was visiting (she’s an elementary school teacher), because she would answer each and every one of the questions. God bless her!

On another note, yesterday afternoon I ran two miles– my furthest distance post-injury. Since the hubs didn’t get home until pretty late last night, it was nice to have that little slice of “me” time. Kids going to bed early and a nice glass of Kendall Jackson Chardonnay Vintners Reserve = a perfect night!