I decided to break up the posts on my interview with Bill Rodgers and Deb Girard (Executive Director of Melanoma Foundation of New England) into two parts because there was simply too much good information to share. 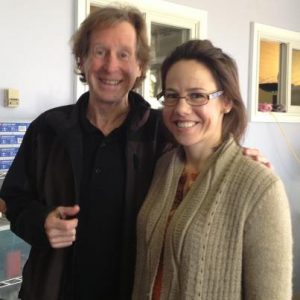 I am often struck by the kindness and generosity of runners as a community. We toe the line together and support one another in our quests for PRs. We are also very generous when it comes to raising funds for charity. For example, in 2011 Boston Marathon charity runners raised over $17 million dollars!

This year, as in years past, the Running for Cover team (charity running arm of the Melanoma Foundation of New England) will be participating in the Boston Marathon. Bill Rodgers is the honorary captain of the team (how cool?!?!). Talk about a veteran team captain!

Each participant commits to raising $4,000. While some may be apprehensive about raising that sum of money, according to Executive Director Deb Girard, “this marathon (Boston) for us is really about …whether we are able to get our message out or not.” Fundraising efforts from the Boston Marathon alone contribute to over 30% of their income!

Bill Rodgers echoes the contribution of runners to different charities: “running is a bigger fundraising sport than any other sport…it’s a bigger sport than people realize.”

Running a race for charity is a way for us to give back. I think that since we are usually racing anyway, why not add the extra motivation of helping out an organization that needs it. I really loved Bill’s take on running for charity: “it’s a way for the whole sport to rise.”

Running for charity can also add another dimension to your race training. When you are supporting a cause that you believe in, or have a personal connection to, it gives you the extra push you need to get through the difficult runs or phases of training.  Running draws people in and gives them a goal, as Bill says: “a chance to do something really powerful.”

The second part of the interview can be found HERE.