Yesterday morning, before the Patriots game, we headed over to the Cabrillo National Monument to take in the views and get some exercise. We accomplished our mission, all while enjoying the beautiful day and learning more about our the history of Cabrillo and the Old Point Loma Lighthouse! 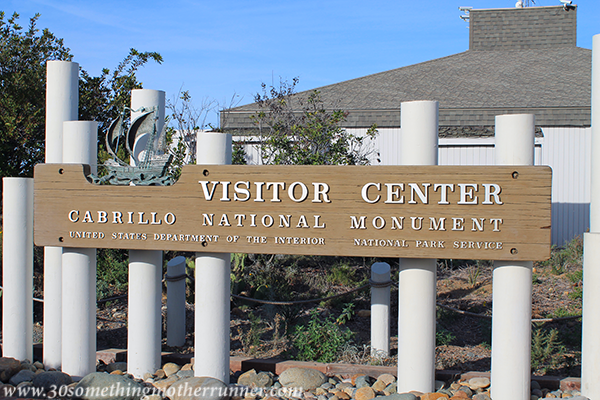 If you are looking for some of the most unbelievable views in San Diego, don’t miss a visit to the Cabrillo National Monument. This national park was named for 16th century explorer Juan Rodriguez Cabrillo, who was the first European to arrive on the West Coast (in 1542). 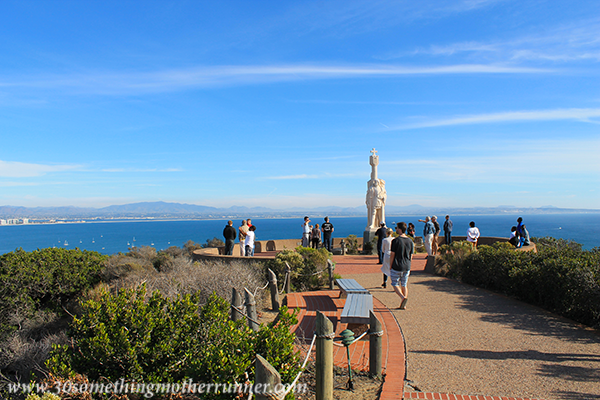 Besides offering majestic views of the Pacific Ocean, Baja Mexico, and the City of San Diego, the Cabrillo National Monument is also home to a wealth of historical military information. Because of its strategic location (at the entrance to San Diego Bay), the U.S. established the area as a military reserve in 1852, and it was dedicated as Fort Rosecrans in 1899.

Cabrillo played a role in World Wars I and II, providing coastal and harbor defense. In the first half of the twentieth century, the Army established searchlight bunkers, fire control stations, and gun batteries at the site. There is also an old radio station on the location, at which you can view the video “They Stood the Watch,” a story about Cabrillo’s rich military history.

The site is also home to the Old Point Loma Lighthouse, which is one of the 8 original lighthouses on the West Coast. The lighthouse was built by the government in 1855, shortly after California became a state.

The Old Point Loma Lighthouse is no longer operational, and the building and Assistant Keeper’s quarters have been lovingly restored to give visitors a glimpse of life in the 1800s at the site. The lighthouse keepers and their families lived on site, tending to their gardens, horses, and livestock. To attend school, children had to row across San Diego Bay!

There are also some beautiful hiking trails on the site of the park that allow you many opportunities to take in stunning views of the surrounding San Diego area, Pacific Ocean, and Baja peninsula. There is a two-mile Bayside Trail that meanders through the “last remaining remnants of coastal sage scrub habitat in the world.”

The Tidepool Trail takes you down to the coastal tidal pools–perfect for young beach combers! Because of the high surf, we were unable to visit the tide pools, but a visit will yield up close encounters with mussels, bat stars, anemones, owl limpets, and maybe even octopi!

There are so many things to see and do during a visit to Cabrillo National Monument, but it’s worth it for the views alone! If you visit during the months of December to February, you might even see some Pacific gray whales on their way South!

0 shares
Previous Post: « We’re in San Diego With the Kids!
Next Post: How to Make a Peppermint Oreo Trifle with Hood Cream! »