Home / FOOD/DRINK / 5 Ways to Get Your Kids to Eat Their Vegetables (Without a Huge Fight!)

While we all know that kids need to eat their fruits and vegetables, in practice, it’s no small feat! Kids can be VERY stubborn about eating certain foods, and vegetables are often part of that power struggle.

After having three boys, I’ve discovered a few helpful tips for getting your kids to eat their vegetables. I can’t promise they will work for your kids, but they’re worth a try! 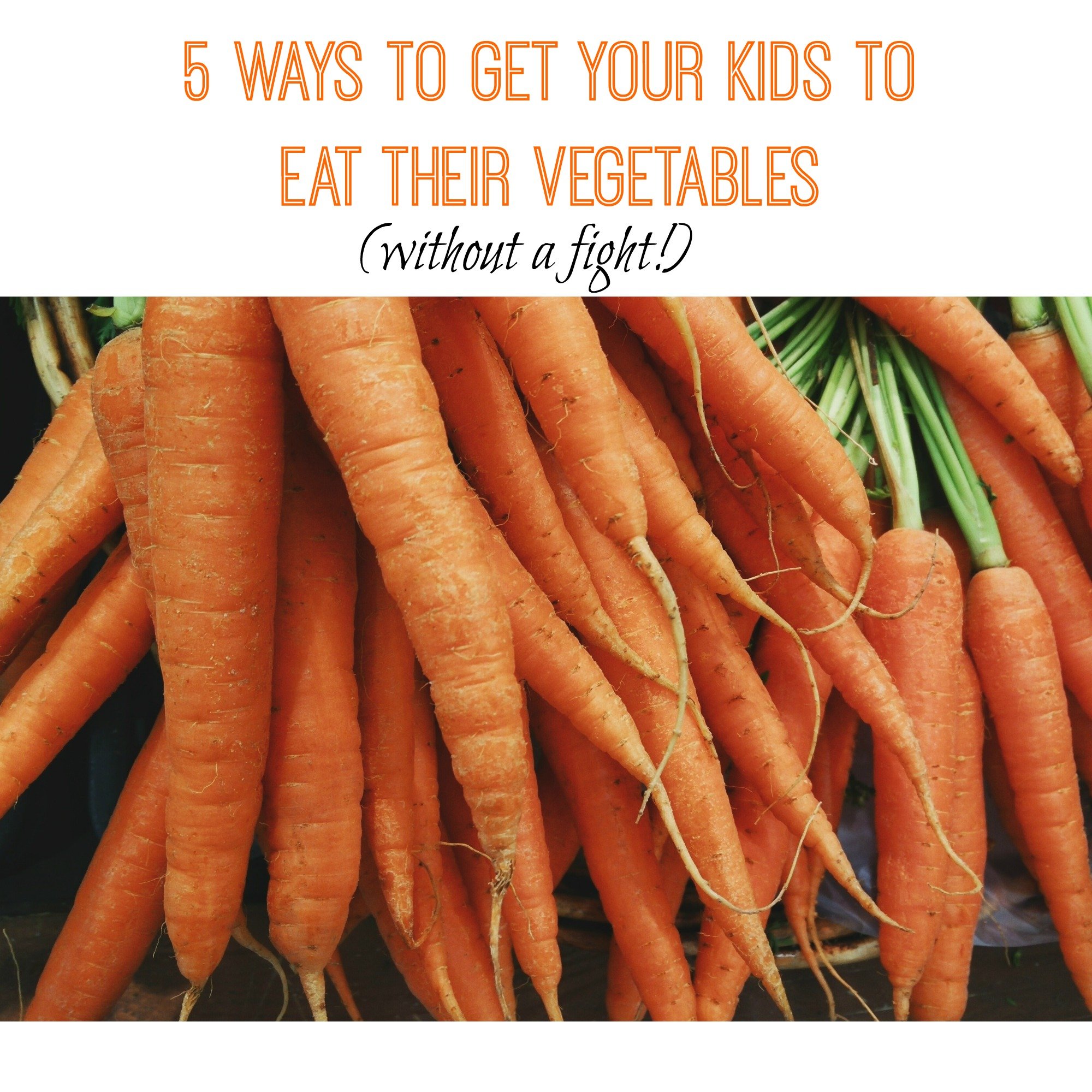 This is by far the most successful way I get the kids to eat all sorts of legumes and vegetables. The secret– an immersion blender (it’s probably one of the best kitchen purchases I’ve made in years).If they can’t see it, they don’t know it’s there and that’s 99% of the battle! 🙂 The immersion blender I purchased is the one in the widget below. I like that you can remove the lower half and throw it in the dishwasher!

I’ve made so many soups loaded with all different types of veggies, with minimal complaints. Another bonus– you can pack it in a thermos for lunch the next day!

After soups, this is the second most effective method in our house for pumping the kids full of fruits and veggies. We don’t usually have a problem getting the boys to eat fruits, so they jump at the chance to make a super smoothie.

What they don’t see, is one of us sneaking in some baby spinach! Trust me– you don’t have to put a lot in and they will never know it’s there. The key is not putting too much green stuff in the smoothie. If it turns green, it’s a no-go!

I know some of you are cringing on the “help” part of this tip, but hear me out. I can still remember the first time I was making a vegetable pizza and I asked my oldest (I think he was 4 or so at the time) if he wanted to help. I let him put on sliced black olives, roasted red peppers and artichokes.

When the pizza was done he had some and declared it the best pizza he’d ever had (my jaw hit the floor!). I had no idea he liked artichoke hearts or olives for that matter, and I think a HUGE part of his willingness to try it came from that fact that he made it himself.

To this day, making their own pizzas is one of their favorite things for dinner (and they still add their own veggies!).

Take your kids to the produce section of the grocery store and let them go shopping!

The produce section is a great place to expose kids to new fruits and vegetables. Challenge them to pick out a new vegetable they’ve never tried. They might find out they love a veggie you would never have even thought of trying! Even if they don’t like it, commend them for trying something new and encourage them to choose something else on your next shopping trip.

Hummus was the gateway drug for my oldest and vegetables. Most kids love to dip things, so vegetables and dip are a natural pairing. If your child has a sweet tooth (like my oldest and youngest!), try red, orange or yellow bell peppers. The natural sweetness might just convince them to keep eating!