I’m not big on hashtags, but since they’re pretty much a global phenomena, I’ll sum up the past few weeks with #winterinnewengland.  It’s all-encompassing for dealing with the cold/flu, commuting (or not being able to) in massive amounts of snow and ice, shoveling, cabin fever, not being able to mountain bike, encountering people with seasonal affective disorder… and so as not to be ALL negative – playing in the snow.

Sticking with the more positive side of things… one of the great things about getting real snow on the Cape, as opposed to sleet or “wintry mix,” is that you can hurtle your kids down a slippery slope on a thin piece of plastic, while hearing them scream and giggle with delight.

I’m not ashamed to say that I get just as much fun out of sledding as my 4 and 6 year olds.  Plus, hauling them back up the hill in 2 feet of snow is nothing to joke about when it comes to getting a workout.

On Monday I had a great session of racquetball.  My friend and I played our closest-matched ball so far, with me winning the rubber match 15-13.  We’re starting to get to the next plateau in terms of skill I think. Either way, it was a great workout. I wish I could play more often, but with things as busy as they are for everyone right now, I’m probably lucky to play once a week. 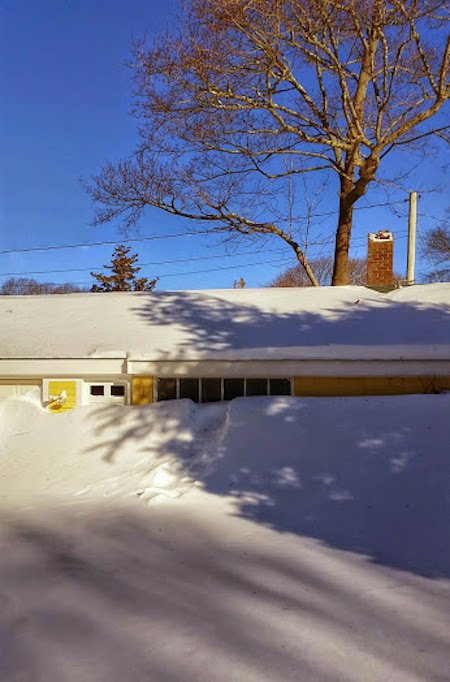 In other news, my wife and I did our first night of home exercise (G-rated)… she suggested getting an ab DVD, and while I may have laughed at that a few years ago, there’s nothing wrong with working your core from the comfort of your own home.

Ok comfort might not be the most fitting word; neither one of us got through the workout with the ease of the jerks on the DVD. I used to have a chiseled six-pack, but now it’s a little tougher to see the definition. If we stick with it, I think we’ll both be really happy with the results. A strong core is great for skiing and mountain biking… and who can complain about looking good in a 2-piece bathing suit?!

I don’t want to get all negative again, but this is the longest into the ski season I’ve ever gone without skiing… we’re talking in almost 30 years (I’m 33). I was supposed to take my 4-year-old last week but it was frigid up north and he was just getting over a cold.

I hope to take him next week, and then the plan is to take all of March off to go skiing.  Let’s hope my wife doesn’t read down this far in the post. If she does, she’ll just assume I’m being sarcastic.  Seriously though, I need to start locking in some ski trips with anyone who will go with me – day trips or overnight, big mountains or small.  There’s probably enough snow piled up on the corner of my street now that I could take the kids out for some turns.

That’s all I have for this week, time to put in a phone reminder to do my lunges… I’ll thank myself when I finally hit the slopes soon.  Happy winter to all of you in a cold climate, and to the rest of you smart enough to move somewhere else…nevermind, I can’t write that here.

0 shares
Previous Post: « OneDay App ~ How to Create a Unique Valentine!
Next Post: Outside the (Chocolate) Box Kids’ Valentines »